That's life in the country 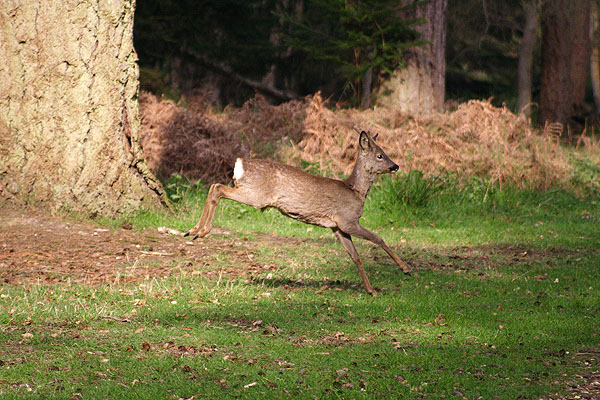 I have just spent a morning doing a television interview for ITV’s Countrywise. This is the half-hour rural programme usually shown around 8pm in the evening.

I have what is commonly known as ‘a face for radio’ and relish such media moments as much as a driving test or an exam. My apprehension was not reduced by the fact that the presenter is Paul Heiney who used to be on That’s Life, a show famous for poking fun at people.

Fortunately for me Countrywise is a different kind of programme. It is a pleasant meander through some of Britain’s most beautiful landscapes; misshapen vegetables do not feature.

The edition they were recording focuses on the New Forest and they wanted me to cover some of the basic history and to talk about the role of the National Park.

The New Forest National Park has just celebrated its fifth birthday so it is an interesting time to take stock, although it is much easier to answer the questions without a camera pointing at you.

They wanted to know why it took so long for the New Forest to become a national park. I explained that national parks had tended to be remote, upland areas whereas the New Forest is a lowland landscape and far from remote … but, arguably, that made the protection given to the area by national park status even more important.

They asked about the different habitats of the New Forest and of course the ponies, which was fine except that I mentioned the role of the Agisters in looking after the livestock. This prompted a question about whether my job had a medieval title. This was not one I had expected, but maybe I ought to talk to my boss about it.

There was then some embarrassing stuff about my personal passion for the Forest. I am a keen photographer so I mentioned that. This resulted in my being filmed for half an hour wandering through the same bit of woodland again and again while pretending to take pictures. All I could think about was how to avoid tripping over tree roots and ending up on one of those out-take shows.

You never know what will appear in the final edited version of a programme but, hopefully, enough will remain for viewers to get a fair sense of life and work in the New Forest National Park.

At the end of the interview Paul Heiney said to me: ‘I suppose the New Forest National Park is your office’. I suppose it is.