Wild about the Forest

It's not just ponies, you know 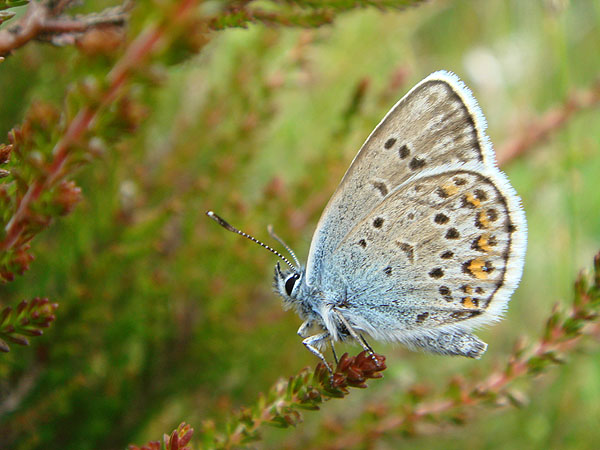 Is it too early to look forward to spring? The New Forest is a special place at any time of year but longer days and warmer weather suit many creatures besides humans.

The New Forest is a world capital for wildlife. To our eyes it may lack the exotic creatures of an African or American national park, but it is no less remarkable.

The sheer range and variety of wildlife in the New Forest is one of the reasons it was made a national park.

The connection between New Forest ponies and their habitat is fairly well-known: it is their grazing (along with the impact of deer and cattle) not just today, but over centuries, that has shaped the landscape we know and love as the New Forest.

Much less obvious is the menagerie of little critters going about their business in the ancient woodlands, on the open heaths, in the bogs and at the coast. You will need to look carefully for the smaller creatures to discover the true richness of the National Park’s wildlife.

How about starting with the humble beetle? It is something you have a good chance of spotting on a woodland walk because there are around 2,400 different species in the Forest. If you are lucky you might see a stag beetle: the male is large and has prominent jaws that resemble antlers which he uses for wrestling other males over territory or food.

Butterflies can be a colourful sight in the woods or out on the heath. You might look for one of the characteristic New Forest species such as the silver-studded blue, which is often visible flitting among the pink and purple of summer heather.

Also colourful are dragonflies and damselflies which love the Forest’s streams and ponds. You will see them in the spring and summer, sometimes resting on twigs and grasses, often darting in defence of their territory or hawking for insects.

Spiders are not everyone’s favourite, but the Forest has some fascinating fellows including the raft spider, which can walk on water, and the heath spider, which can be pink, yellow or white to camouflage itself on heathland flowers.

Then there are the birds. The New Forest is a fabulous place to see all manner of interesting species including the woodpecker, the tree-creeper and, on the coast, migratory birds and impressive waders such as the black-and-white oystercatcher or the curlew.

I would like to find a tiger beetle, which is bright green like a tiny sliver of emerald. I have seen one close enough to photograph only once over the past five years and I’d like another chance. What will you spot this year?