The past is present 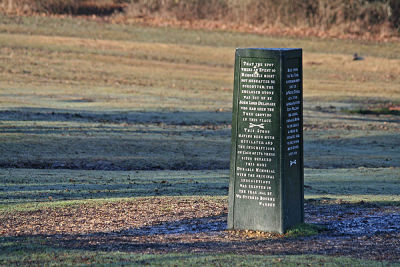 The New Forest was set aside as a royal hunting ground by William the Conqueror in 1079. The sense of an historic landscape is palpable, not just in landmarks such as the Rufus Stone, the Portuguese Fireplace and the Canadian Memorial but through the pony grazing and commoning culture that continue to this day. There is also a strong wartime heritage in the New Forest which is especially visible on the coast at places such as Lepe and Buckler’s Hard.

War stories - five military reminders
1. Bomb craters near Godshill - some of which may have been the result of testing for the Dambusters' bouncing-bomb
2. Military camps - the house at Exbury became HMS Mastodon, for example
3. A spy training school at Beaulieu
4. Mulberry Harbours for D-Day built at Lepe - parts of the concrete and metal works remain
5. Airfields - more than a dozen in the New Forest including Beaulieu Heath (now used for flying model aircraft), Stoney Cross (now the Ocknell campsite) and Hurn (now Bournemouth International Airport)
Next
Previous