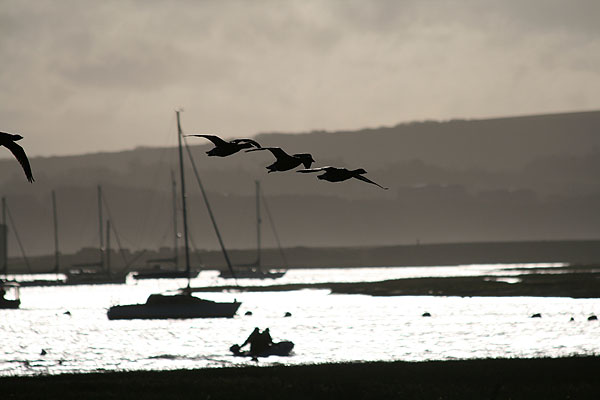 It is a surprise to many visitors that the New Forest National Park has a coastline. In their minds they have a picture of trees, ponies and then some more trees.

They are even more surprised when they learn that the New Forest has 26 miles or 42 kilometres of coast. That’s the length of a marathon – and a very scenic one at that.

Now to get the full 26 miles you are counting the wiggly bits around the Beaulieu estuary but, nevertheless, it is a coastline of great interest both for its present-day attractions and its fascinating history.

The coastline of the New Forest is remarkably unspoilt. It is a place of saltmarshes, lagoons and mudflats, home to wading birds and rare, salt-tolerant plants. Much of it can be explored using parts of the 60-mile Solent Way footpath.

The Solent between the New Forest and the Isle of Wight provides some of the south’s best sailing. Lymington alone boasts two sailing clubs and top Olympic sailors such as gold medal-winning Ben Ainslie base themselves here.

It is a coastline rich in history, from the castles at Calshot and Hurst to ship-building at Buckler’s Hard, from smuggling to salt-making and intriguing D-Day remains at Lepe. Leaflets available at the sites tell more of the story.

Now interest in the coastline is not stopping at the shore. A two-year coastal heritage project is revealing what lies beneath the waves.

The project aims to survey and record the archaeology of the Hampshire coastline and share its findings with as many people as possible. The project is hosted and led by the New Forest National Park Authority and funded by the Crown Estate, English Heritage, Exxon Mobil, Hampshire County Council and the Heritage Lottery Fund.

A unique underwater heritage trail has been created highlighting with yellow buoys four of around 75 wrecks that lie beneath the Solent, including a steamship torpedoed by a German U-boat in the First World War. Divers will be able to explore the wrecks using waterproof information slates, those in boats can dial a number on the buoys to hear information, while those on land will be able to find out about them through a leaflet and DVD.

The New Forest coast is also a barometer of climate change. Coastal erosion is changing and will change the coastline.